New England houses exhale personality: tintypes used to patch mouse holes, satin shoes hidden in walls. Old iron bears the marks of its maker, and aging beams are beautiful relics of the old New World. Newer dwellings have their own stories to tell, their own statements to make. And all we have to do is listen.

An Idea Setting: Carolyn Morris Bach’s 18th-Century Cape: The house sits in a cup of sunlight at the end of a dirt road… (Yankee, Sept 2017)

Foolproof Roses: Not far from Mark Twain’s home in Hartford, Connecticut, is a garden that defies all weather… (Yankee, 2014) 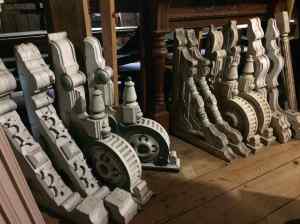 The Upcycled Garden: Salvaged Materials in the Garden (Yankee, 2013)