To Eat or Not to Eat

Recently Rudy heard a rumor that’s brought us both a certain amount of pain.

“I’m sure of it,” he insists. “That dog gets a treat…just for eating.”

Can you believe it?

His eyes widened, sort of like Madame Blavatsky’s, and he fixed me with that look I know he thinks will hypnotize me one day.

Then he rose up, like a yeti–a trick he’s been overplaying lately. It cracks me up, when it doesn’t freak me out, and he’s been milking it.

“Think about it,” he said, and sauntered off.

On the one hand, it’s a funny idea–rewarding a dog for eating. On the other hand…it’s still funny. But Rudy’s been like a dog with a bone on this one. He can’t seem to shake it. 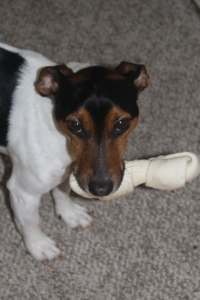 “It’s a great idea,” he repeats. “You know how ‘rewards’ oriented I am. Imagine how you’d feel if I STOPPED EATING.”

It seemed as good a time as any to remind him that he gets plenty of treats, for tough challenges like coming inside, waiting in the car, and being a good boy. And in spite of that, he still felt compelled to break into the glove compartment and eat two weeks worth of treats.

“It’s been a long winter,” he sighed.

This entry was posted in A Desk with a View, Rudy* and tagged dog, dog philosopher, Jack Russell, Rudy. Bookmark the permalink.

12 Responses to To Eat or Not to Eat